Widespread macroeconomic and political uncertainty has everyone guessing what cyclical changes we will see in Asia Pacific’s real estate markets for the rest of 2019 and beyond. Landmark deals over the past two years, however, indicate major real estate players continue to remain positive on the region’s growth.

Still, what is sorely missing is the presence of an opera- tional REIT framework in some of the region’s fast-growing economies. Even so, we are excited by recent developments and, while the timeline is uncertain for some, there is cause to remain sanguine as some of the region’s top REIT markets were only forged in the past decade.

This year marks a milestone for India’s real estate industry, with the start of trading in its first REIT. The Embassy Office Parks REIT, backed by Blackstone and Bengaluru,
India–based developer Embassy Group, was 2.6 times over-subscribed at its US$690 million initial public offering. This joint venture between Embassy Group and Blackstone has about 33 million square feet (3 million square metres) of commercial office space in seven different business parks and four city-centric buildings across Mumbai, Bangalore, Pune and Noida. With a total 340 million square feet (32 million square metres) of “REITable” office stock and higher-quality projects on the way, India is well placed to witness the expansion of REITs.

Notably, commercial property has performed strongly in recent years, especially in the country’s largest hubs of Bengaluru, Mumbai and New Delhi. India’s ease of doing business has improved remarkably on the back of government reforms, while robust growth continues to expand the office market and attract more investors, leading to a remarkable rise of institu- tional ownership since 2000. Against this backdrop, expect the success of the country’s first REIT issue to pave the way for more listings.

Similarly, China has made firm steps to establish a REIT framework in the world’s hottest real estate market. Several indicators have pointed to regulators conceptualising the first batch of REIT products. Soaring hous- ing prices, which have emerged to be a perennial problem from the most recent financial crisis, have triggered a government-led campaign to foster the home-rental sector as part of a long-term solution to an overheated real estate market, and are raising expectations for residential REITs. On aggregate, we estimate initial Chinese REIT listings could hit US$400 billion to US$600 billion. Although not all properties are REITable, the country is set to become the largest real estate market in the world in the next couple of years and, therefore, provides significant growth opportunities for REITs.

There are hurdles that have yet to be cleared, however. First, a publicly- traded fund platform is not allowed to hold underlying assets; hence, exist- ing onshore pre-REITs are set up as private funds. This, in turn, can lead to liquidity concerns, as the number of investors under a private fund structure is capped. Second, in China, most taxes related to asset transfers and commercial property operations are levied at the provincial level, the removal of which would undoubtedly impact coffers.

Another significant development of the platform is also occurring in Malay- sia, where the world’s first airport REIT is expected to be finalised in the latter half of this year. Seen as a positive way to raise funds without dipping into the federal tax pool, it could set a benchmark for securitisation initia- tives, considering the government has wanted to monetise its public assets, such as hospitals and rail infrastructure.

Still, some complexities will have to be surmounted. Airports are in con- stant need of maintenance, with most reaching their design capacity over a 10-year cycle. Malaysia’s REIT structure currently only allows a 15 percent provision for expansion, which might prove insufficient. In addition, the limited number of airports across Malaysia could inhibit growth prospects.

The Philippines is another jurisdiction where the REIT framework lies in waiting, discouraged so far by high friction cost, the level of minimum public float and limits on foreign ownership in property. In late 2018, how- ever, the House of Representatives held a hearing with the Securities and Exchange Commission and the Bureau of Internal Revenue to revise the implementation of rules to reflect value-added tax exemptions (12 percent) for the initial transfer of property from sponsor to REIT and restore the minimum public ownership requirements to 33 percent. These two major hurdles currently are preventing listings.

We could be facing the proverbial light at the end of the tunnel as the final revisions are expected by first half 2019. The estimate for initial REIT list- ings could amount to as much as PHP 300 billion (US$5.8 billion) for office and retail mall portfolios alone. President Duterte’s “Build, Build, Build” pro- gramme promises to improve infrastructure, which has long undermined the country’s growth potential, and could in this instance prove catalytic.

The property sector in all four countries will continue to grow as strong economies, helped by government reforms and infrastructure spending, support favourable demand-supply dynamics. A REIT platform remains crucial for the continued improvement of the real estate sector, which these growth countries need.

Notably, REITs tend to fuel the expansion of emerging sectors as they look for ways to grow and invest in assets with attractive returns. They also encourage development and adoption of international best practices as they strive to meet high standards of asset management and transparency. Indeed, to forge the Asian Century, REITs need to be developed in the fast- growing markets of Asia Pacific. 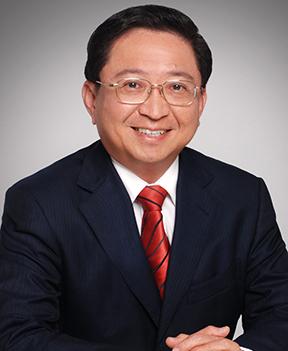 APREA is a passport to real estate opportunities in AsiaPac.